While being hyped for upcoming slate of DCEU movies in 2014, I created a set of Justice League logo posters which wound up getting shared around a bunch. These posters came about after I shot a ton of aerial photographs as I traveled from one side of the country to the other.

This won't be a long post, but I realized it was more important to post something after all this time than to figure out whatever seems like the best most beneficial content for that site. Worst case scenario, I can always delete the post later. Umm.. so this website has been severely in need up and update for years as it literally broke from neglect overtime - a lesson worth remembering for various things in life we care about. If we forget to maintain things we care about, be they relationships, businesses, houses, or websites, they will overtime degrade and eventually cease to be.

So yeah, some maintenance and updates of this site have been long overdue, so I'm vowing to fix a few of those things today/this week, so the design you'll see by this time next week (6.21.22 ) will be new and exciting. New color scheme, slightly altered categories and functional website on both desktop and mobile (wow, high bar for myself in 2022 :/ ). Anyhow, I have an art project in the works, as well as years of portfolio and art project updates to add to the site, so if you ever visited this site and thought "Man, Steven was busy for a few years I guess but dude hasn't done shit lately" well.. that reaction would be understandable given that I never update this site. But, you'll be able to see more recent works in the near future. For now, you just have my word on that, but, wait and see, I'll be adding some cool stuff to this website soon.

Hanz Zimmer is killing it! Honestly, I've watched the Man of Steel trailer (the 3rd one) like 30+ times and I still get goosebumps from the energy and awesome build up from the score. Really gets me pumped to see it and also to create more stuff myself. After The Dark Knight Rises, I was convinced nothing was going to top it as my favorite movie for a long while, but right now, looking at what's come out for Man of Steel, I can honestly say it has a chance. Being heavily biased towards Batman (and Robin especially), it's almost inconceivable that a Superman movie could turn out impressing me more than a great Batman movie that incorporates Robin. And yet, with one trailer, Man of Steel is already a contender. 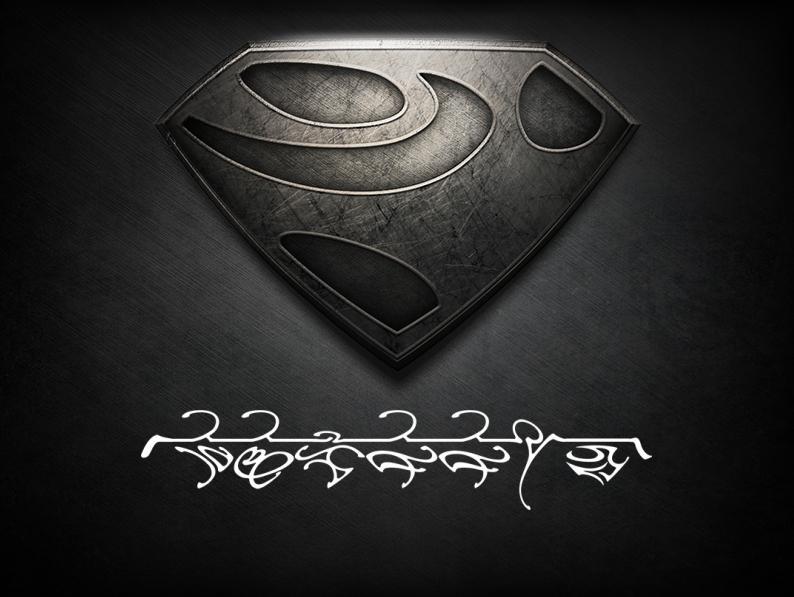 So, the marketing team added on another small stroke of genius with the Glyph Generator. With it, you can find out what Kryptonian house you belong to, while being attributed a kryptonian shield from your house, as well as your name spelled out in a kryptonian font - created just for marketing materials for the movie. It's incredibly cool. Not surprisingly, the house I was said to belong to is one based on art and beauty. So I created my own piece of art based on it. And as for that awesome trailer, I'm sure you've seen it already, but watch it again. You know you wanna ;)

These two are also quite good :)

I've been slouching a bit when it comes to storytelling. I frequently have ideas for different kinds of shorts, but I end up planning really ambitious projects that take me way longer than they should, then I either work on them - leading to it taking several months or longer to complete - or I just stop somewhere early in production because I decide it isn't really worth the time to finish. Or sometimes, I would work on it for ages, finish, then never release it because it turned out to be crap. And I don't like releasing crap.

Well, today' a new day. A day for releasing a new short animation. The best animation I've released in the last 8 months (it has LOADS of competition.. loads... meaning none). It follows the 9-6 day of a programmer, focused just on facial expressions. It's designed for a niche crowd for sure, but for anyone who works in an office, there'll probably be some degree of familiarity. Enjoy!

Stevenmoye.com (v2) is finally Up! Yay!!  The design hasn't really changed, but a few tweaks have been added to make it more user-friendly and to provide a bit more detail on each project I'm involved in. But the biggest update: 'Everydays'. Rather than have a new blog post for each one, the everydays now have their own section. Check them out!

One of the things I've taken inspiration from lately for art is a comic book called, The Movement - written by Gail Simone and drawn by Freddie Williams II. I've been reading a fair amount of comics lately but, wow.. The Movement is awesome! I've been waiting for this comic for months - had it reserved at my LCS (local comic shop) since I heard about the premise and have eagerly been awaiting it and the Green Team - it's sister comic - which is due towards the end of the month. The result? Awesome. Rage inducing, utterly satisfying, very intriguing start that I'm incredibly excited for. It's at once sad and uplifting, supernaturally creepy and somehow grounded in issues that feel incredibly real and day to day. I highly recommend it as a comic that uses the premise of the existence of superheroes/villains to reflect (very entertainingly) on the kinds of issues we (all ages really) deal with in today's world. It reminds one of V for Vendetta (still have to get around to reading that graphic novel), for a couple of different reasons, partially because of how iconography from V has made its way into real world movements, as well as the presence of a system built to allow it's worst abusers free reign, except that in V's case, it was just a theoretical vision of the future whereas in The Movement, it's very closely imitating things happening in this country today. Almost as if to suggest that we might need a group of super-powered teens to protect us from the abuses of our own government.

Comparisons to V aside though, the Movement establishes itself as a localized story (being somewhat contained to just a number of blocks in one city that the police force fights for the right to enforce the law in against 'The Movement') that wouldn't need or really benefit from connections to the standard DC comics - even though officially, it exists within the larger DC universe. A truly 'new' DC comic. While there have been a few to have come and gone pretty quickly, I'm hoping this one stays a good while. If the Secret Six following decides to jump on board at least for the most part, this should have a great run.